How to have a great DjangoCon

There are resources for how to have a positive experience at a DjangoCon as a first time attendee. The difference with this one is that I’m writing it as a part of my first DjangoCon experience. 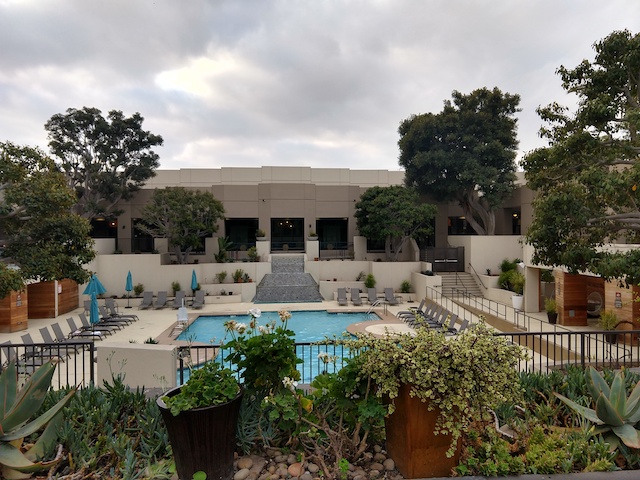 Before I get into, here’s my current background. I mention it because it influences my decision making, risk analysis and goals. I’m 32, male, white, married, happily employed, well paid, childless, an irregular open source committer and responsive on the Django forum and discord.

You, the reader, may have some of those characteristics, all or none. However I think it’s important that I share that with you because this topic is highly subjective and may be specific to me. I want to think that others can replicate it, but that could be optimism.

The organizers want you to have a great time. They are putting in a lot of effort not for pay, but to generate a great experience for us. What they say may sound repetitive, but I found it all to be true. Trust these people who are trying to help us!

Understand what your goals are for the conference

Kojo Idrissa brought this one to my attention during orientation. Knowing why you’re there and what you want to take away from the conference helps you operate within the conference. I think I knew what I wanted subconsciously, but thought it consciously because of him. FYI, my goals were to meet the folks who are involved in organize and contribute to the Django community, meet the people I had been following on twitter, draw attention to the Django Debug Toolbar, and admittedly to be more well known in the community.

Sit in the center and front for talks.

There are a few reasons for this, I suspect people may disagree. 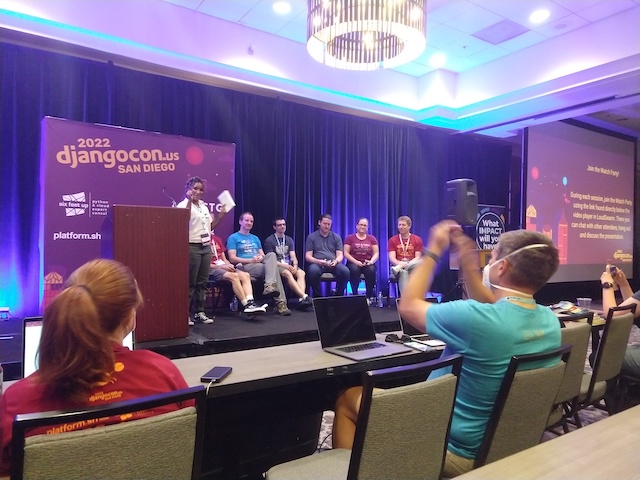 Prevent distractions during the talks as best you can.

Be prepared to take some notes, but avoid letting it take your attention from the speaker. The nuggets of wisdom aren’t on the slide, they are in what the speaker is saying. The only way for you to absorb them is to pay attention.

Introduce yourself to others near you

I’m an awkward individual. I use a lot of my social interaction fuel tank introducing myself to someone without an opening line. That said, it’s 100% worth it. Additionally, when there is an opportunity to start a conversation, TAKE IT! I found that everyone I spoke with wanted to speak with other people. Maybe that’s my baby face and general demeanor (people tend to ask me for directions or to take photos of them when traveling), but I’m willing to bet that everyone wants to network.

Take time to be by yourself

As Kojo will tell you, self-care sprints are the only sprints that make every other sprint sustainable. I found waking up early to reflect and write helped. I also took 4 hours on Wed to go to coastline and enjoy the scenery. I found it rejuvenating and worthwhile. 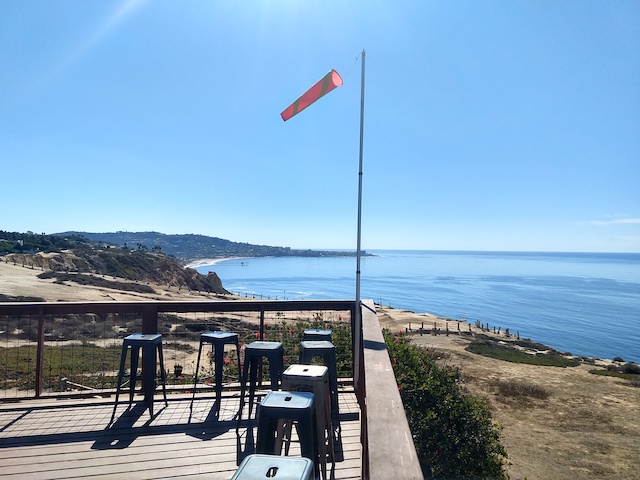 Be gracious to yourself

Stand near the entrance to the hotel to find dinner companions.

I came here not knowing a single person besides their photo on twitter. Each night I’ve had dinner with a different group of people. And each night, I did not plan for that dinner. I ended up in these dinner parties by being near the dinner groups as they were forming. However, you do need to speak up and ask these groups if they have room for additional dinner companions.

Volunteer for a few shifts.

I volunteered to run the registration desk. I immensely enjoyed talking with Ken and Catherine. I also met Alan, Carol, Diane, Jeff, Logan and Jorge by volunteering. What all of these people have in common is that they have been to many DjangoCons. They each have their own perspectives and are all willing to help people. In fact, Carol is the one who told me to go down and look for someone organizing a dinner group Sunday night. I never found that person because some other group developed and I was absorbed into it. It’s less likely I would have had that brief interaction with Carol in the hallway of our hotel rooms if I hadn’t known she was an organizer, which I knew because I was a volunteer.

Submit a talk / tutorial or prepare a lightning talk

I was inspired by Ken to submit a talk and proposal after he posted that he had. I am so thankful that I did. It made attending an easier sell to my employer, provided me with a topic of conversation with people and put me in closer proximity to the people who largely drive the community. While you can’t entirely control whether you will actually give a talk, tutorial or lightning talk, you can control whether you submit one.

Awkward silences are going to happen

This isn’t a tip, but a warning. Awkward silences are going to happen. Try to be okay with them.

Thank you for reading this. I hope some future people find this helpful. If you’d like to talk with me, feel free to DM me on twitter, email me or communicate with me using whatever preferred channel we share.